Jean Lenoir, the mythic and charismatic creator of the worldwide acclaimed Le Nez du Vin wine aromas set was born in Burgundy, a "son of the vine". As it was often his job to draw off the vine when he was a child, plunging the pipe into the cask to fill the pitcher, he began to perceive its flavor at a very young age. He learned to taste as he learned to walk!

Since 1978, when he started to introduce the first wine-tasting classes at the House of Culture in the second biggest and historic Burgundy City, Chalon-sur Saone, Jean Lenoir was working at inventing Le Nez du Vin, launched in 1981. Le Nez du Vin has given the world, wine professionals as wine enthusiasts or neophytes, a Do It Yourself tool to train and enrich our olfactory memory with the appropriate words for describing wine, and thereby facilitated communication between wine lovers. 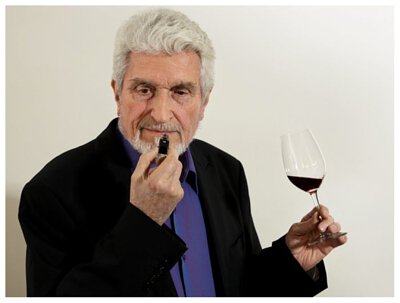 100% made in France, at the heart of Provence

Somehow, if today we can describe that butter taste in that Dom Perignon vintage or a truffle aroma in this Bandol red wine, it is thanks to Mr. Jean Lenoir and Le Nez du Vin. Le Nez du Vin is 100% made in France. The aromas have been identified for almost 40 years in a permanent and scientific approach in partnership with engineers from the famous INRA in France. Thousands of aromas have been so far identified in Wine and produces 80% of our tasting pleasure. The sets are a smart selection of the most common aromas. They are totally natural extractions when it’s possible. A few aromas are necessarily synthetic as unstable at their natural state. They are created daily, at Carnoux en Provence, by the in-house flavorist of Le Nez du Vin, at the heart of Provence, the world capital of the fragrance industry. These strikingly realistic scents are guaranteed to last more than 5 years

“Kit that helps develop a nose for wine: Le Nez du Vin may be considered a graduate program...”

PAOLO BASSO, BEST SOMMELIER OF THE WORLD 2013
"I used Le Nez du Vin in my early career to educate myself and develop my olfactory acuteness.
It is still with me today when I teach. It is a precious companion to the courses I teach my students in hotel management school, the future ambassadors of taste who will convey the culture of wine throughout the world.
In addition to its primary pedagogic purpose, the recognition of wine aromas, this tool incites us to develop greater sensitivity to the smells found in nature. Using Le Nez du Vin intensifies our attention to aromas in general and helps us better understand those of wine.
Le Nez du Vin has the great merit of motivating us to bring olfactory education into our daily lives. It does not terminate but, on the contrary, initiates training!" 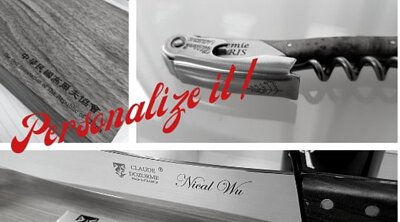