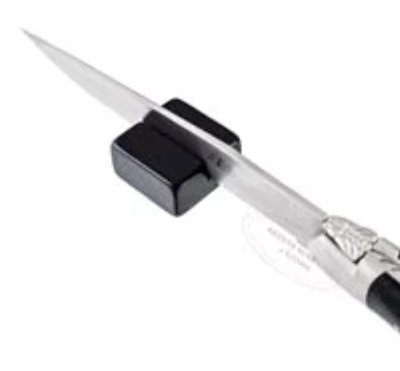 Philippe Starck models: "T 6 STARCK IN" gets a bee and a spring forged in one piece, with a plain shiny stainless steel handle. The blade bears Philippe Starck's signature.